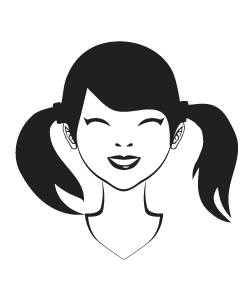 I've always been fascinated by car engines and auto parts. As a result, I've spent years immersed in the entire industry. I've learned as much as I can about different types of auto parts and suspension repairs. I decided to create this blog to share what I've learned with others. Not only did I want to teach others about how to choose and install the right parts, I wanted to help them learn the tips and tricks that I had learned over the years. I hope that the information here helps you to work on your own cars and those of your friends and family.

4 Accessories You Need To Protect Your RV
30 December 2019

Vehicle undercoats are made of a nonreactive rubberized material that is sprayed or brushed onto the undercarriage of your car. It protects the metal components of your undercarriage from rusting or being damaged by road debris by providing a layer of protection against moisture, dust and debris. While often offered as an option on new car purchases, it can also be applied later to cars or trucks you already own.

Applying a protective undercoat to your car or truck is an especially good idea if any of the following apply.

1. You Live in an Area That Uses Road Salt

In areas where roads frequently ice over during the winter, it's common for local governments to add road salt to the roads to make driving safer. The salt lowers the temperature at which water freezes, causing the ice to melt. Unfortunately, the minerals in the road salt used to de-ice roads will collect on your undercarriage and greatly contribute to the formation of rust. A car undercoat keeps the road salt away from the metal and protects your car from rust due to road salt during colder months.

2. You Often Drive on Dirt Roads

Driving on unpaved country roads kicks up a lot of dust and debris. If there has been a recent rain or if the day is particularly humid, the dust can carry a lot of moisture. The dust traps the moisture against the underside of your car, which can rapidly begin to rust and corrode the metal. A car undercoat prevents dust from accumulating on the underside of your car and prevents rust damage due to moisture.

3. Your Car Produces Annoying Noise Due to Undercarriage Vibration

Some cars experience a lot of noise coming from the undercarriage due to vibration, especially when driving at high speeds. It's especially common in older cars when the coil springs are slightly loose and the components of your exhaust system no longer fit together snugly. A rubberized car undercoat acts as a vibration dampener for your undercarriage, reducing the noise you'll hear due to vibration while driving.

By protecting your car from rust and corrosion damage, you'll extend the lifespan of your car while making it safer to drive. Rust and corrosion will spread, and rust in your brake system or drive axle is very dangerous – both can cause sudden loss of control while driving. Apply an undercoat to your car or truck to protect your vehicle and keep you and your family safe.